My Missed Miscarriage – Mumsnet Bloggers’ Network Blog of the Day

How Long Is Forever? in the BritMums Poetry and Prose RoundUp

Blogs of the Day Roundup 2015 (under ‘a few that are just really, really good’).

Live interview on BBC Radio 5 Live about psychological support for parents who lose a baby.

Intoxicated By Possibility – Mumsnet Bloggers’ Network Blog of the Day

One Boy Will Always Be Missing – BritMums’ Poetry and Prose Roundup

Named as one of 50 Patient Leaders by the HSJ in their first-ever list.

What I Want The National Maternity Review Team To Know – guest post on Sheena Byrom’s blog.

Blog of the Day!

Hugo, Who Inspires So Many – BritMums’ Poetry and Prose Round-Up

The Adventures of a Potty Mouthed Mummy – Newbie Class 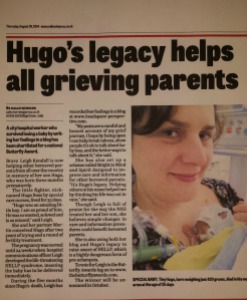 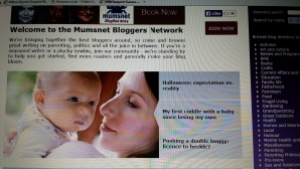 BritMums’ Poetry and Prose round up